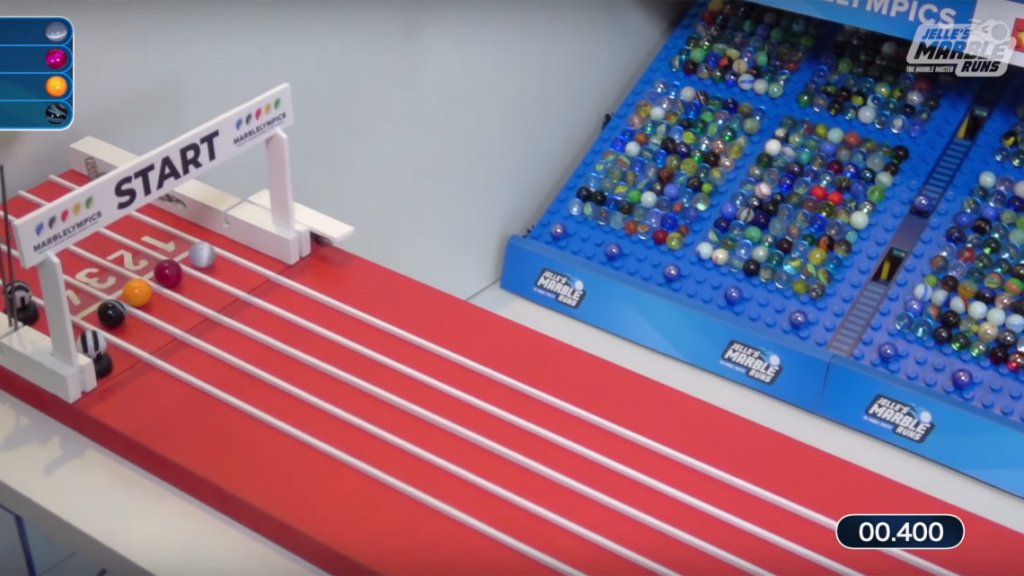 And suddenly, the internet exploded. Who would have thought that the Corona virus would mean the worldwide breakthrought for ‘marble runs’? In case you missed it, John Oliver decided to become the official sole sponsor of a YouTube Channel called Jelle’s Marble Runs. A channel dedicated to races with marbles. A channel that has over a million subscribers. After the exposure from John, the number of subscribers rose quickly. For those of you who haven’t seen it, here is the clip:

Join the craziness of this community

Marble Leagues, Marble Olympics and Marble Qualifiers. This ‘sport’ is as packed as any other throughout the year with crazy races. There are sixteen teams participating each season. Yes, teams. Not just single marbles, but actual teams with cool sounding names. And it’s not just the same teams every year. There are about 32 teams in total and they all have to qualify. The most memorable and award winning teams thus far are the Savage Speeders (recognizable as maroon marbles with yellow and white accents), the O’rangers (solid orange) and Mellow Yellow (solid yellow). Pick your team and join the fanbase these teams hold!

Jelle’s Marble Runs might not be live, but there are still a lot of betting opportunities. Look at this as betting for fun, as the marbles are totally random. A small bet just makes the race that much more interesting. Here is an example of a race, don’t you think it’s great cheering your marble on?!